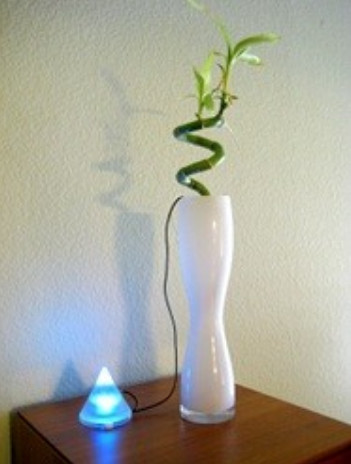 I wish I could remember who was responsible for that most life changing gift I have ever received: The book“The secret life of plants” on my 15th Birthday. I started to read about Cleve Backster and others whom where experimenting with plants, their bio-signals and communication and became so intrigued, that I could not refrain from further investigation. Are green plants really able to feel our presence? Do they react to life threatening circumstances? Are plants connected in a certain way with each other? And: Wouldn’t it be incredible to have a device, which could visualize plants actions and reactions?Are plants natural bio-sensors detecting environmental changes, which conventional sensors can’t? The potential applications are endless.

A project publication in an electronic magazine about a medical instrumentation amplifier triggered the start to build my first green plant bio-signal measuring device. After finishing soldering all components together, I discovered that an old dishwasher perfectly fulfilled the purpose of a shielded measuring chamber. My family Doctor pro

vided me with conductive EKG/EEG gel, and I was ready to measure. Carefully, I smeared a drop of that conductive paste onto myself made electrodes, and stuck it to the leaves of my Philodendron plant. To be able to display the plants bio-signals, I had borrowed an old mechanical x-t plotter from the Electronic lab at University Stuttgart, where I was working at that time. The exciting journey had begun…

All things in nature have a very basic phenomenon: They all need to survive and be successful. No matter what the organism on this planet, the ability to enhance of its own protection capabilities and advance over others, to gain superiority is THE only priority. Threat makes every living organism to react. If we experience a threatening moment, our adrenalin levels increase and we react with fight or flight defenses. Animal sensors are way more complex and can sense danger long before humans do. Therefore they can react hours before a human could ever hear, feel or see anything. Dogs bark long before a visitor even rings at the doorbell. And Green plants? Scientists have discovered, that even plants are reacting in a very similar way. One of the most interesting discoveries are, that certain plants in Africa increase their production of distasteful, phenolic compounds when Giraffes are approaching. Even when still miles away. How do plants know? 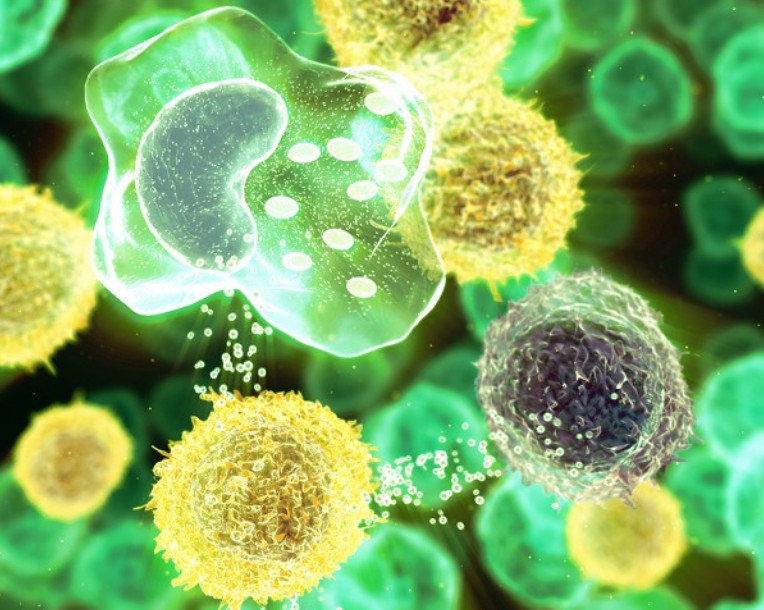 Every living cell, no matter if human, animal or plant, is a part of that highly sophisticated alarm system, which not only triggers, but also instantly makes decisions and reactions, trying to correct or protect. Many plant species can be immunized by an inoculation by a necrotizing pathogen – asystemic required resistance. As soon a potential threat is detected, cells will communicate to others. The messengers are Molecules, Hormones and Ions, released by the cells and set free through neurotransmitters and ion channels. Almost like electrical currents, Ionic charges propagate and are being detected by other cells, who then again release certain chemicals. Some cells react to a very particular messengers where others don’t. Almost like the IP addressing system in our digital world, only a certain type of cell is being addressed by a certain type messenger– doing whatever it is supposed to be doing. The more intense the message is, the more ions are being released. If the increase of signaling activity can be directly measured, we would be able to directly look into the messaging language of nature.

Some people might remember the physics class lesson,where the basics of Galvanic Elements and Batteries were explained. Luigi Galvani discovered, that frog legs snapped when a wire, charged with static electricity was touching them. This also happens, when two different metals are connected in series with the frog’s leg and to one another. Alessandro Volta realized later, that the 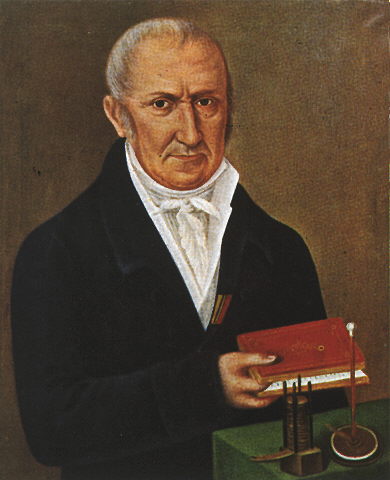 frog’s leg serves as both, as a detector of electricity, but also as a conductor of electricity (we would now call it an electrolyte). Volta discovered, that the frog’s moist tissues could be replaced by cardboard soaked in sal 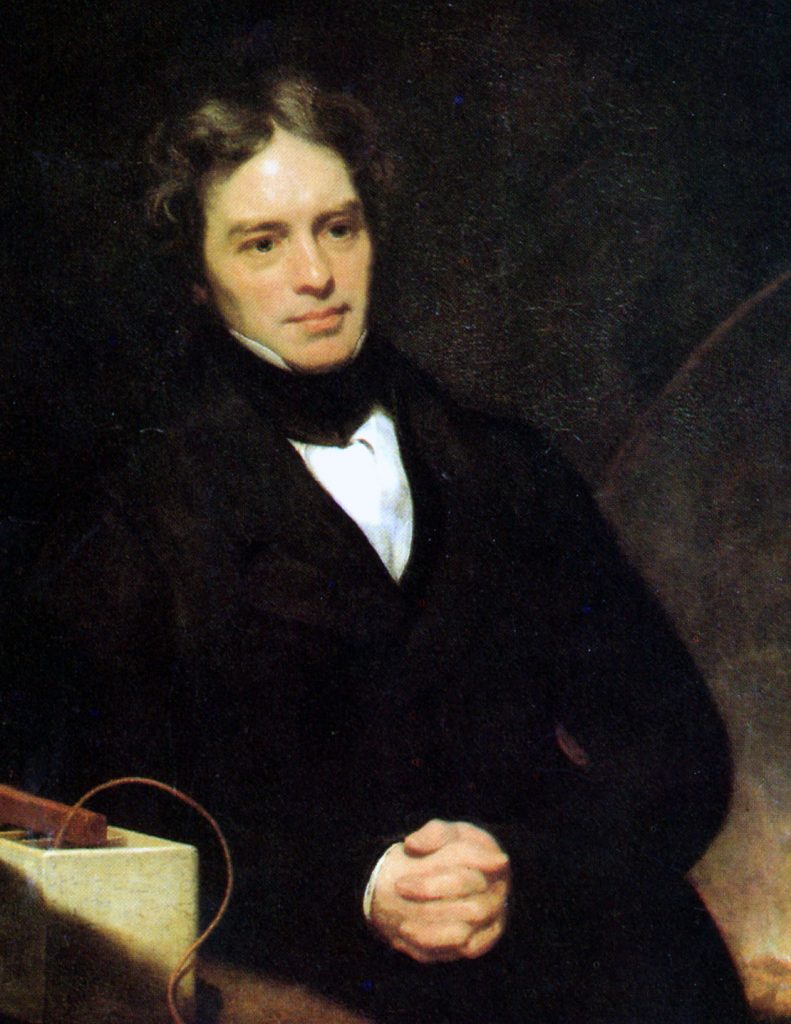 t water. However, he did not appreciate what the voltage was due to. It was Michael Faraday who discovered, that those charges are actually caused by a chemical reaction between the metal of the electrodes and the ions in the electrolyte of the system. These discoveries led not only to the invention of the alkaline battery, but also provided the basis for a lot of medical instrumentation such as ECG(Electrocardiogram), EMG (Electromyogram), EEG (Electroencephalogram), ENG (Electroneurogram), EOG (Electro-oculogram), ERG (Electroretinogram), etc. Ions are molecules where the total number of electrons is not equal to the total number of protons, giving it a net positive or negative electrical charge.

In living cells, when appropriately stimulated, Ions generate an action potential (flow of ions across the cell membrane and generation of a propagating wave of depolarization along the membrane). Attaching an electrode to a green plant, the same chemical reaction will take place as it would happen in an alkaline battery –however – the green plant is a living organism. The increase of ion release due to a certain situation will cause an increasing electron flow between the electrodes. And that is what we can measure.

A green plant is not able to bark like a dog if something abnormal happens. But if plants are under stress, ionic wave propagation takes place, signaling molecules are being released, dielectric changes happen. This also causes a change in the skin impedance of the plant. The sum of all those activities can be measured and visualized. This is exactly what a FLORANION Instrument does.

The Floranion Lamp, when attached to the plants soil and leaf, will transition from one color to the next. This illustration is seen by the vibrant colors of basic red, green, blue and yellow, which creates other rich colors of fushia, purple, indigo and orange. Every time when something is going on with the plant, those color transitions take place. Like animals, who are running away to seek safe refuge even hours before a natural disaster happens, plants now could also become this natural warning system for such an event. 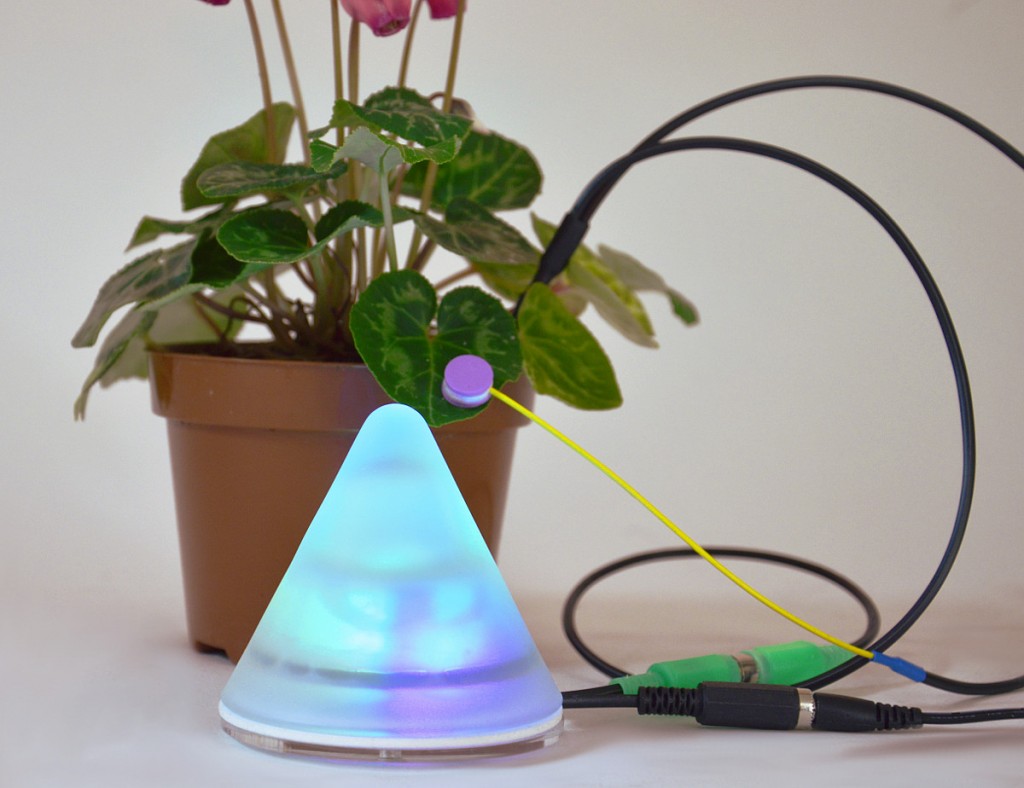 Floranions, interfacing with living plants and the Internet, simultaneously delivering signatures of life from all over the globe, could form the most powerful environmental bio-sensory network system our planet has ever seen. Ionic and chemical activities not only happen when the plant is in immediate danger. It also happens if certain cells signalizing to open pores for water, nutrition and minerals, to move leaves into the sun, or to close them at night. All these metabolic rhythms are being visualized through a change of the color of the Floranion light. Sometimes, you can see color transitions when you just walk, or blow air on the leaves. If smoke from a camp fire goes into the organism’s direction, or just by holding hands over the leaves of the plant. Somehow, plants seem to be able to sense the energy field of people or animals nearby. With the help of gadgets like the Floranion to interact with green plants, we will able to intuitively understand aspects of life on a whole different level. It will open up opportunities to learn how to interpret those messages.

Floranions will make us aware of all the life which is surrounding us and open endless opportunities to further understand our self, nature, life and energy in a whole different ‘light’.

I wish I could remember who was responsible for that most life changing gift I have ever received: The book“The secret life of plants” on my 15th Birthday. I started to read about Cleve Backster and others whom where experimenting with plants, their bio-signals END_OF_DOCUMENT_TOKEN_TO_BE_REPLACED

Almost 5 decades ago, the book “The Secret Life of Plants” was first published. Like many other works from the early 70’s it was inspired by the mind expanding movements of the time. And like some of the inspirational themes of the 70’s it has END_OF_DOCUMENT_TOKEN_TO_BE_REPLACED